This next topic was a strong interest of mine for a very long time, so I thought to ask a few people about their views. After having visited a married black Christian couple (not being racist but justifying my reasons for this topic). The wife went on to repeatedly say whilst watching their wedding video that “This is the right way for a Christian to get married” white dress and veil etc. It annoyed me because my views were a bit different and so I asked the few people to give me their views of “traditional vs white wedding and Christianity”. The last two were recorded responses which I later had to transcribe. I hope you get to enjoy this topic. Feel free to leave comments or questions below. Thank you🤗🌹

If needs be, there might be a second publication on this topic. Stay tuned. 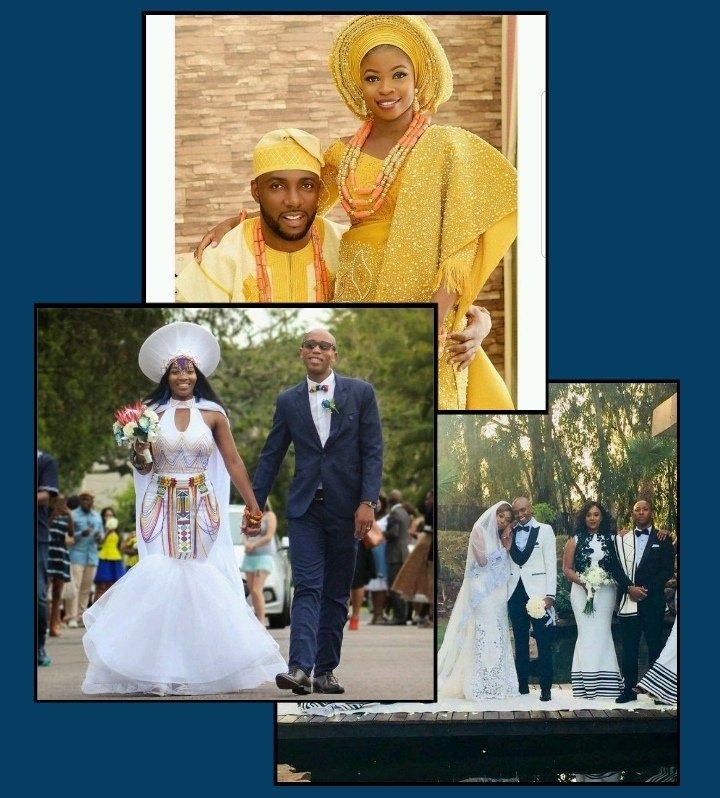 Harvey: Sooooo I think we cannot negate the importance of traditional marriage. In itself it is complete and does not need to be supplemented by another. The sad thing is that we tend to consider it as a partial thing. Our parents are the representative of God on earth hence the commandment “Honor your parents”. Court wedding is essentially just you notifying the state “it’s done”. White wedding are a tradition for some people why must we then make it worth more than our own traditions🤷🏾‍♂

JT: My view is that you can have the lobola to honour the family and on the same day get a religious figure to bless your union. The white wedding is just for show, but if my wife wants it, we’re going in with white wedding and all.

Mamodikwe Kungoane: This is more of a religion aspect because it completely dismisses the African Religion

Which is kinda expected because in Christianity we’re taught to dismiss what is not in the Bible. So traditional weddings are not really something that has a high ranking in a Christian’s eyesight. Now that makes me wanna redefine my Christianity. I’m Christian by faith and not by religion. So I don’t believe that you should throw away your whole identity, because of one thing. I think that that feeds into something that God doesn’t want which is ignorance, you know. “My people perish because of the lack of knowledge”, you know what I mean? There’s so many biblical texts on knowledge and understanding and if you don’t have these things then, are you a Christian?

Yoh. It’s a very deep question actually. You’re gonna have to rephrase the question because when you think of the question the way you phrase it, you think it’s a simple measure weight between the two, but when you put the emphasis on religion like that, it kinda goes back to the fact that we’ve been brain washed by religion that it has over powered us to completely remove our identity.

Grace Mukandila:
For me personally, both weddings are both traditional weddings. The white wedding if you check different backgrounds. There’s those who throw the rice, there’s those who throw whatever, after the wedding, others step on the glass, others jump over the broom. They do it differently based on their “traditional” and ancestral backgrounds. For me personally, both are traditional weddings, it’s just that we are African. Now people like to differentiate between African people and European people in terms of tradition and everything. People don’t realise actually they have their own traditions . Different parts of Europe have certain cultural backgrounds. Like for instance, Latinos, Italians or the Germans. They do have their cultural “stuff” that they do. So for me, I can’t base a celebration, a happy celebration based on religion. It’s different to when you’re trying to please the ancestors for your wedding E.g you decide to slaughter a what not and what not and at the same time you’re Christian.

If you’re going to celebrate it, celebrate it how you wish to celebrate it because it’s all about you. If you feel like you wanna have a white wedding because you feel like you wanna have that experience of having a white dress, because for you personally, a wedding entails a white dress then that’s you. That’s your personal view. But a wedding is a celebration of two people coming together. In the Bible, you can see people paid dowry, you can see Europeans don’t do that. But it’s in the Bible. It’s biblical. So there’s always gonna be that clash. If you as an individual you feel as though “you know what, I’m going to have a white wedding because I feel as though for me, having a white wedding means I’ve gotten married then that’s you. Other people are like,” you know what let’s go and sign at the courts and be married”. That’s what marriage is, it’s two coming together in union and retromony. So however you celebrate it, is entirely up to you. For me, guys a wedding is a wedding, the other thing is just a party, a waste of money. You’re just going to go feed people with your own money. That’s how I feel about it, like weddings are just overrated.
Having a white wedding then a traditional wedding is just… Arg like guys you’re gonna spend all that money like different venues, different locations, different outfits, different this this this this, petrol, hiring car bluh bluh, for other people? To show other people that? Nahhh it’s too much money for no reason, unnecessary!

Me: So now my question is…Do you think someone’s view of marriage is white wedding because of how society has put it? For example in Africa, if we upheld traditional more than white weddings even if we are Christians, do you think that their view of a white dress would have been as adament in like their views of having a wedding?

I think, I want us to consider the fact that we have been brain washed into thinking the white way is the best way. We’ve been brain washed to that for years. Look at our parents for instance. If they thinking of you getting married, the first thing is a white wedding. Whereas now, we’re beginning to understand that neither matter and we’re trying to bring back tradition and be Iike “we’re having a traditional wedding”. The sad thing is we have to now label it “traditional wedding” whereas both are traditional or are just weddings. For me that bothers me the most. Where we have to explain “now I’m having a white wedding, now I’m having a traditional wedding” but I understand because we’ve been brainwashed to think that white is better. Even skin tone, we always say “the lighter one is better”, the “one with the coloured eye is better”, “the one with the Brazilian hair is better than the one with the nappy hair”. Which is sad, and that, it has affected every other aspect of being black, of being African, of embracing who you are, so that’s the sad thing. I think that is the main problem, if we could just rearrange our mind set that actually both are weddings. It doesn’t have to be traditional, it doesn’t have to be white, they’re both weddings. They’re both how you celebrate it.

Letter to Myself You’re Pissing Me Off!

The Internet: A Human Right

My name is Lizette Tshowa Kabala, known as Lizza Tshowa through my writing.

I do hold a Bachelor degree in Public Health from Monash University. I have lately completed my BHSc with Honours in Bioethics and Health Law, from the University of the Witwatersrand, Johannesburg.

Writing has always been my passion. Everything that I am, is my poetry. I am inspired by Tupac Shakur and I find great inspiration from thought-provoking topics, human rights and black consciousness, arts and literature; which stems my writing creativity.